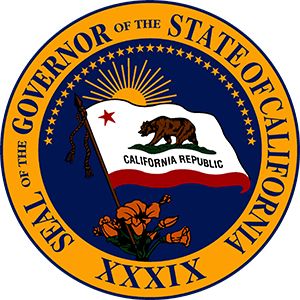 Ryan Marcroft, 38, of Carmichael, has been appointed assistant chief counsel at the California Department of Consumer Affairs. Marcroft has been a deputy attorney general at the California Department of Justice, Office of the Attorney General since 2010. He was a deputy legal affairs secretary in the Office of the Governor from 2006 to 2010 and a staff attorney at the Institute for Administrative Justice, California Parole Advocacy Program from 2004 to 2006. Marcroft earned a Juris Doctor degree from the University of the Pacific, McGeorge School of Law. This position does not require Senate confirmation and the compensation is $142,728. Marcroft is a Republican.

Sandra Gallardo, 38, of Sacramento, has been appointed to the State Interagency Coordinating Council on Early Intervention. Gallardo has been an assistant secretary of program and fiscal affairs at the California Health and Human Services Agency since 2015. She was an attorney at the California Department of Managed Health Care from 2014 to 2015 and senior oversight counsel for the U.S. Senate Committee on Health, Education, Labor and Pensions from 2007 to 2009. Gallardo was a litigation associate at Venable LLP, Washington D.C. Office from 2004 to 2007 and a public policy fellow with the Congressional Hispanic Caucus Institute from 1999 to 2000. She is a member of the C.K. McClatchy High School Law and Public Policy Academy Advisory Committee and the Voluntary Legal Services Program of Northern California. Gallardo earned a Juris Doctor degree from the University of California, Berkeley School of Law and a Master of Public Administration degree from the Harvard University, Kennedy School of Government. This position does not require Senate confirmation and there is no compensation. Gallardo is a Democrat.