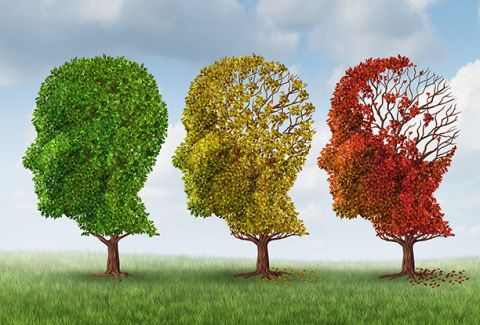 Sacramento Region, CA (MPG) - Dementia is not a disease.  It is a broad term used to describe a slow, severe decline in memory and reasoning skills that impact and interfere with daily life.  Even though the prevalence rate of dementia has fallen dramatically in recent years, there are still over 7 million American seniors today that have some form of dementia.

Alzheimer’s disease results in the loss of brain cells and cognitive functioning abilities.  Even though it is a progressively degenerative and ultimately fatal disease, Alzheimer’s can be managed with treatment, care and changes to in daily environment and living conditions.

Alzheimer’s disease is not a normal part of the aging process.  However, increasing age is the number one risk factor involving the disease-with the vast majority of afflictions occurring in people 65 and older.

Family histories and genetics are not a major factor in the development of Alzheimer’s.  Some rare forms of dementia (such as Huntington’s disease) are inherited, but having a parent or grandparent with Alzheimer’s does not increase your overall risks compared to the rest of the population.  Less than 1% of all Alzheimer’s cases are thought to be linked genetically (Dr. Nick Fox, Institute of Neurology in London).

There are ten generally recognized warning signs of Alzheimer’s, that range from daily memory losses to decreased difficulties completing familiar tasks, to dramatic changes in moods and personalities.  Typical and normal age related changes, such as occasionally forgetting some names or appointment or misplacing items from time to time are not considered markers for Alzheimer’s.  A normal age related question would be:  “Where are my car keys?”  An Alzheimer’s warning sign might be:  “What are these keys for?”

There are a number of educational programs and seminars relating to Alzheimer’s research, care and development.  One such program is the Virtual Dementia Tour (developed by Second Wind Dreams), which briefly simulates dementia on a user in a controlled environment.  This tour is approximately 20 minutes long and consists of a 5 minute guided tour segment where the user is instructed to perform simple, household tasks while having simulated dementia characteristics, followed by an overview, cool down and debriefing period that explains what they had just experienced.  This program is intended to help provide understanding and empathy towards those afflicted with Alzheimer’s.

Carlie Beasley, of Summerset Assisted Living in Rancho Cordova, has been effectively using this program and finding immediate results, commenting:  “Our staff and family members have had dramatic experiences after going through this tour.  It has made a noticeable difference on how our staff interacts with memory care residents and how much more tolerant and empathetic family members are in dealing with their loved ones.”  Beasley is so impressed by the initial results of the tour, that she has offered to have her Summerset team provide this tour to anyone interested within the general public, adding:  “This is a compelling and possibly life-changing event that anyone remotely associated or touched by the effects of dementia should experience”.  Beasley can be reached at (916) 330-1300 or by visiting Summerset Rancho Cordova Assisted Living and Memory Care center at 2341 Vehicle Drive in Rancho Cordova.