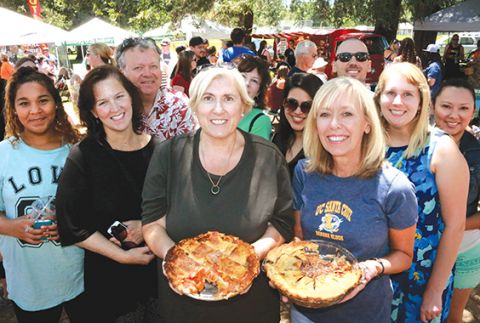 Home chefs will present desserts for judging at the annual Peach Festival bake-off. 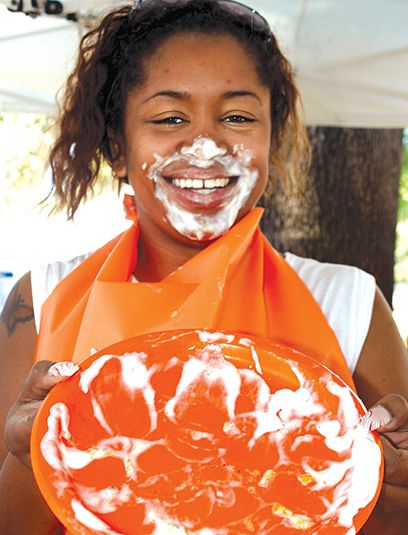 CARMICHAEL, CA (MPG) - Peach pies, peach cakes, peach ice cream and pickled peaches; if it looks, tastes and smells like the fuzzy fruit, it will be procurable at Carmichael’s Peach festival on Sunday, August 5.

Hosted by the Farmers Market, the annual celebration usually attracts thousands of fruit lovers to Carmichael Park. Get there early: the market opens at 9 am and tart and vendors quickly sell out of peachy products. The festival includes a dessert contest that annually challenges cooks and judges. Among 2017 entries were traditional cobblers, a boozy tiramisu, zesty crostata, a peachy mousse and cupcakes.  “Sampling eight desserts in a row is a tough service,” sighed a volunteer adjudicator. “But someone had to do it…”

Contest rules specify peaches must be the main recipe ingredient. Other than that, anything goes and creativity is among judging criteria. Entries must be presented by 12 noon on festival day (pre-registration is encouraged via the market’s website).
In contrast with culinary finesse, peach-eating races produce many gooey faces.  “It’s our most popular contest,” says Farmers Market co-founder Marie Hall. “Entrants try to down 13 ounces of peaches and cream without using their hands.  Six to 60-year-olds compete but we give the little ones a head-start. It’s fun to watch all those faces planted in plates. Everyone comes up covered in cream.”

Learn more about the farmers Market Peach Festival at www.Ilovemyfarmersmarket.com. 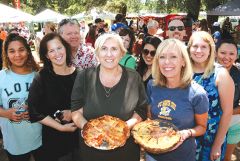 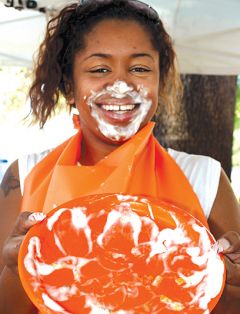 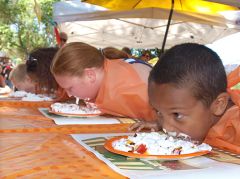