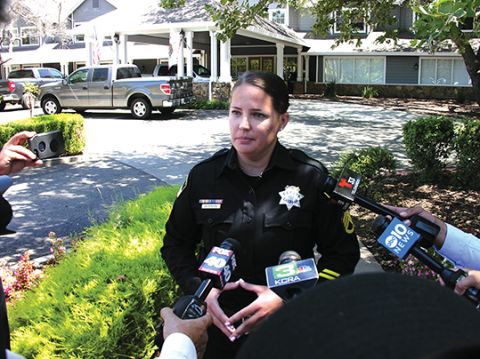 CARMICHAEL, CA (MPG) - On August 6, at approximately 11:30 a.m., two shots were fired in the Aegis of Carmichael Assisted Living home for seniors. The staff at the facility requested assistance from the Sheriff’s Department. According to a preliminary report by Sargeant Tess Deterding, a man and a woman over the age of 60 were found at the site along with a firearm.

Although they were married, the man was on a visit, while the woman actually lived in the senior facility. “One of them appears to have a self-inflicted wound, while the other did not,” said Deterding. The officer said in Tuesday’s press meeting that the incident may have been due to a dementia condition.

“The Crime Scene Investigation has not actually begun yet,” said Deterding, “but this seems to be the first crime of its kind to have happened in an elderly home.”

The married couple was pronounced deceased on site and there is no outstanding suspect. Their names are not being released to the public until their families are notified first.