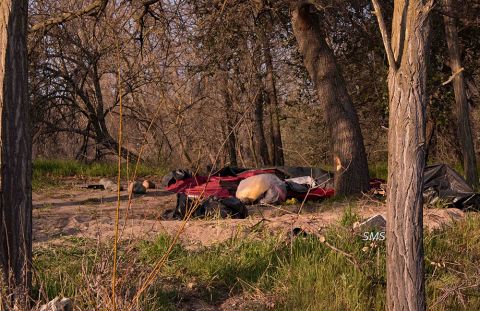 Camper possessions in a Parkway glade. 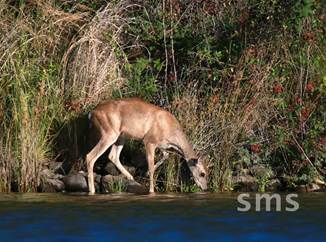 Wildlife has no voice in the deterioration of Parkway habitat.

SACRAMENTO REGION, CA (MPG) - Fed up with illegal parkland camping, the American River Parkway Foundation has addressed a three-page scold to Sacramento City and County. Following the widely-publicized communication, Foundation leaders have achieved meetings with elected policymakers. “We hope to start a conversation that will result in solutions,” says Foundation executive Dianna Poggetto.

The non-profit last year got vocal about Parkway deterioration. At a public forum, more than 200 citizens learned the beloved County gem was more imperiled than at any time in its 60-year history. Experts revealed that 15 percent of the Parkway’s 4800 acres burned in 2021; that river water was polluted; wildlife habitat was suffering; recreational trail users were intimidated; garbage accumulated faster than clean-ups could counter; rampant drug abuse has created further hazards.

The Foundation’s letter demanded that Sacramento County agencies and Sacramento City pull their weight and “take action” to stop river and parkland abuse.

In an interview with Messenger Publications, District 3 Supervisor Rich Desmond acknowledged the crisis. “I welcome the Foundation’s advocacy and criticism,” he said. “As a kid, I kayaked from Carmichael to Discovery Park and didn’t see a single camper… I never expected what we have now. I’m ashamed our children have to experience nature with this backdrop.”

“The Foundation should be relentless in educating policy makers on the harm being done to our beloved Parkway.” Asked what the County was doing to counter damage by the (estimated) 1000-strong camper population, Desmond cited a recent $2 million increase in budget to supply more ranger patrols, fire fuel reduction, a new Environmental Impact Team (to assess restoration needs) and more social workers to connect the homeless to assistance. “What’s missing is alternative shelters, transitional housing and treatment options,” he admitted. “The County and City are working closely to acquire more shelter locations.”

Despite assurances of County commitment to the Parkway, Foundation activists won’t turn down the heat: “We elect people to shape our community, and we should hold them accountable,” Dianna Poggetto said. “The Foundation has waited for them to address this crisis. They’ve made announcements but not followed through. Our Parkway’s being destroyed, and no one seems to be doing anything to save it. We need plans for services and shelter options. Beyond that, we want the Parkway restored. We’ve placed (early 2022) deadlines for action. We’re fortunate to have this treasure. People shouldn’t be afraid to use it.”

Agrees Supervisor Desmond: “Parkway encampments need to be removed. But unless we have alternative shelters, they’ll just pop up somewhere else. The Foundation’s deadlines are challenging, but I’m working with Board colleagues and County staff to identify plans that will continue to provide support the Parkway needs.”

Learn more about the American River Parkway Foundation at www.arpf.org